4 Most Beautiful Fishes You Can Find In Earth’s Waters 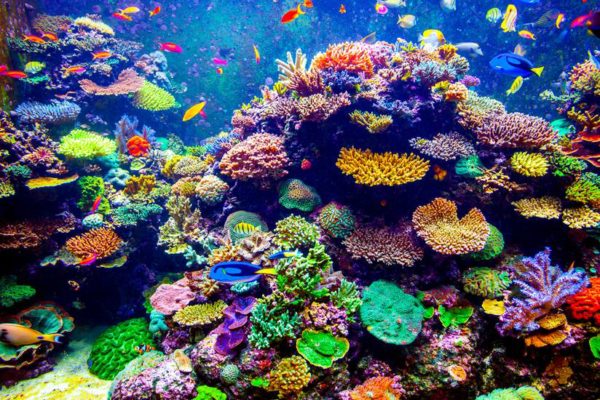 The sea is home to a huge variety of creatures – some small, some big; some scary, and some not. It’s an underwater world teeming with life, with an ecosystem of its own; another dimension entirely filled with all sorts of strange and wonderful things. And occasionally, if you’re lucky, you can catch a glimpse of a creature that’s bright, majestic, or beautiful – or even all of the above.

Across our countless journey into the watery depths, we’ve made countless discoveries on the types of fish that swim beneath our oceans. Tiny ones, big ones – and beautiful, colourful ones that make us smile when they swim past, like jewels glimmering in the sea. Sometimes, people specifically seek out diving classes in Malaysia, like the best diving courses in Malaysia, and also try to look for the best scuba diving locations just so they can plunge into the sea and see the sights for themselves.

So if you’re a person interested in diving into the depths and experiencing this majestic underwater world for yourself, here are 4 of the most beautiful fishes you can find in earth’s waters!

The Clownfish got its claim to fame after appearing largely as the protagonists of Disney’s famous Finding Nemo; a movie wherein a father clownfish, seeing his son get captured by humans, desperately tries to find him again by travelling through the entire ocean. But even without it’s Disney fame to elevate it in cultural popularity, there is no denying that the clownfish is a truly beautiful and absolutely adorable species of fish. A bright, vibrant orange and striped in white, not to mention it’s a small and easily manageable size, make the clownfish the cutest thing to look at in the sea!

The Betta Fish is renowned by marine lovers throughout the world for it’s rich, vibrant colours and it’s glorious flowing fins. A betta fish can come in all sorts of colours – from red to whites to purples to blues, but perhaps it’s most distinctive feature is the fins that flow outward from its body like large, billowing fans. The betta fish is a tiny fish that slips across the water in curls and billows of colour, like a ribbon unfurling – and is truly a majestic sight to behold if you ever catch it swimming innocuously in lakes.

The Angelfish has a beautiful name befitting of its overall appearance. Usually, pale coloured and striped in black, the angelfish has an almost triangular-shaped body; with wispy fins that sometimes trail around it as it swims and gives the appearance of something soft and ethereal drifting through the waves. Despite the pale, black-striped colour being it’s most popular appearance, the angelfish actually comes in all sorts of colours as well – from orange to yellow to spotted patterns rather than stripes. It’s quite the lovely fish if you get to see it!

An incredibly popular fish in some Asian countries, the Koi fish is a majestic, larger fish that is itself a symbol of wealth and luck in Japanese and Chinese cultures. The koi fish are distinct in their often dappled colouration; with the most popular being the white koi fish that is often splotched in orange – though others, like gold and black koi fish, also exist as well. They have small, wispy fins to propel them forward, and when a group of them swim together it looks like a riot of gorgeous colours streaming down the water. Being as beautiful and majestic as they are, it’s no wonder they bear such prosperous symbols in Japanese and Chinese culture.

There are all sorts of beautiful fish swimming under the waves, flashing bright and vibrant under the turn of the waves. So with these fishes in mind, why not explore some oceans, rivers, and lakes? You might very well turn up seeing some truly beautiful creatures.

Try checking out lookoutpoint.com.my for more articles like this.